Norwegian hospital Østfold recently got unwanted attention due to a reported incident involving an unforeseen Windows update at an inconvenient time. Reports say a patient in a Norwegian hospital had to stay under anesthesia for one hour longer than necessary because of an unwanted Windows update that prohibited the doctors from performing a planned examination. While this examination was not an emergency and the patient was not at risk at any time, a computer in a hospital cannot run updates and threaten patients life and WuInstall could have stopped this from happening.

First of all, the long due update wouldn’t have run because the administrator would have noticed the important update way earlier and therefore there would have been enough time to run the update.

Second, even if the update got missed somewhere, it would not have started at any random time as it did here, because again WuInstall lets the administrator decide what the appropriate time is to run the update.

Today medical care has integrated computers into almost every process, which is great because computers simply can do things humans cannot do. As they get more involved and are handling more responsibility, high security and continuous service have become a minimum standard. 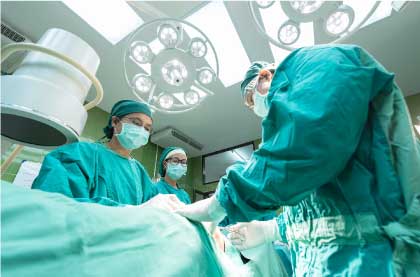 A change in the updates setting could have prohibited this unfortunate incident from happening, but simply disabling automatic updates, like the IT staff at the hospital probably did, is not enough. Important updates now do not get installed unless someone manually runs it and a lack of security updates leaves computers vulnerable to hackers who could create mayhem that goes far beyond the scope of this incident.

WuInstall ensures to close this security gap with its logfile where it is clearly stated what updates are already installed and what is still due, including security classifications that show how important different updates are. Another important advantage of WuInstall is that everything can run completely unattended and does not depend on certain clicks and inputs on a specific computer, meaning that all steps necessary to perform an update can be scheduled by one person at one time. This is also extremely important in an environment as big and sensitive as this.

Thankfully the patient was not in danger but just imagine what could happen in a true emergency situation – this risk can be mitigated by professional and responsible IT-Admins who know how to efficiently use tools like WuInstall.

WuInstall windows updates unwanted interruptions
Be the first to comment!

Windows October Update: How WuInstall could have saved your documents